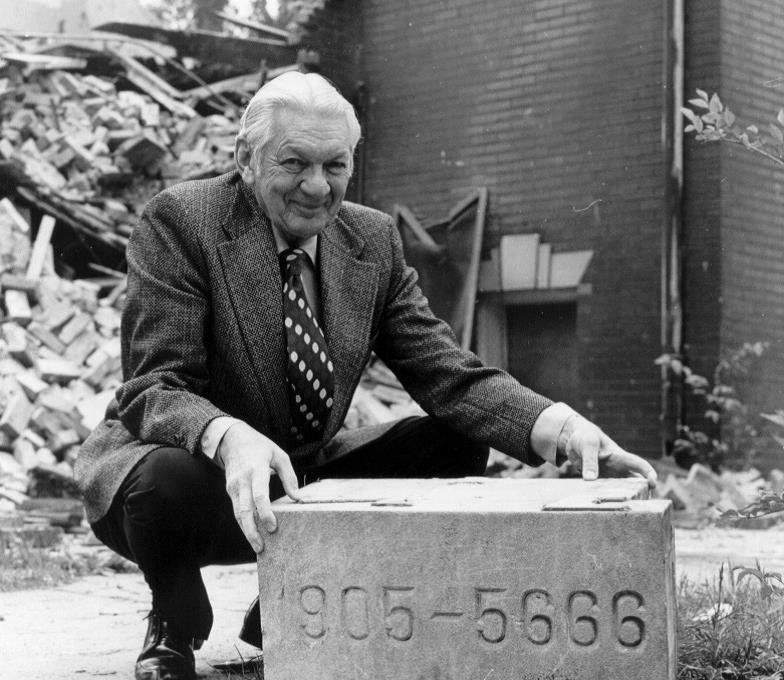 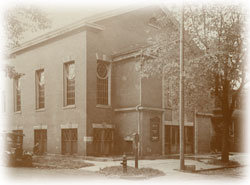 On January 9, 1905, a meeting was called by Simon Greenebaum, Sam Adler, and Samuel Spiro for the purpose of “completing the organization for a new Jewish Congregation.” That new congregation — Temple Beth-El (House of God) — held its first worship services on January 22, 1905, and within forty days of that initial meeting a lot on the corner of LaSalle and Taylor Streets had been purchased.

On March 6, 1906, just over a year after the organizational meeting, the Taylor Street building was dedicated. As early as 1909, Temple Beth-El became affiliated with the Union of American Hebrew Congregations (now the Union for Reform Judaism). That relationship continues today.

By the middle of the 20th Century, Temple Beth-El had outgrown its original Taylor Street home. Accordingly, funds for new property and a new building were raised, and in May 1950 the current sanctuary building was dedicated. Soon thereafter, a new Community Room was dedicated in memory of four Temple members who gave their lives during World War II. In the following years, the Temple facilities expanded to include a small Chapel, two well-established libraries (one for adults and one for children), a modern lounge, and the Kurt & Tessye Simon Education Center, which contains large and modern classroom space for our educational programs. Temple Beth-El also maintains Rose Hill Cemetery, a small burial ground in the heart of South Bend that follows Reform Jewish burial rites.

As Temple Beth-El enjoys its second century, we look forward to continuing and building upon the dedication of those lay leaders and rabbis who have enabled Temple Beth-El to provide a strong Reform Jewish presence in the South Bend area.